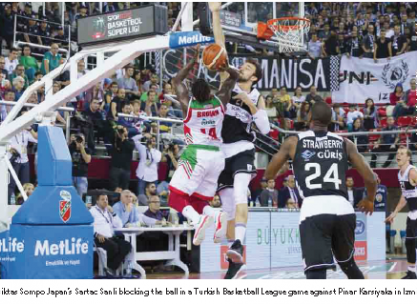 In December 1891, physical education professor Dr James Naismith founded a new type of sport in Springfield Massachusetts (USA), in an attempt to devise a rigorous game that could be played indoors during cold, inhospitable, winter months.
After ruling out several ideas deemed too aggressive or inappropriate for indoor play, in a gymnasium, Dr Naismith placed baskets one and a half metres above students’ heads and fixed planks behind them. Basketball was born.

In the following decades basketball has become one of the most popular team sports worldwide. With the National Basketball Association (NBA) the United States represents the most significant professional basketball league in the world in terms of popularity and salaries.
In Europe, football is still number one, however, followed by basketball.

The first game of basketball in Europe was played in 1893 at a YMCA in Paris and the sport has grown exponentially in the following decades. For the US national basketball team the European national teams have become more important rivals in the Olympic Games and World Championships. Basketball’s profile continued to rise across the continent, with one of the most historic moments being when the US Olympic “Dream Team” composed of NBA legends Michael Jordan, Larry Bird and Magic Johnson participated at the 1992 Olympic Games in Barcelona. Meanwhile, the younger generation between 15 and 29 years of age influenced the development of the sport with their urban and street culture life in the 90s.
The German sports manufacturer adidas used this trend to establish Streetball tournaments in Europe with tremendous success. As a result club basketball boomed and in 2000 they started up a competition called EuroLeague.

The rise in European and global spectators and the increase in commercial revenues have made the EuroLeague the second biggest league after the NBA in terms of profitability.

In 2006, adidas became the official apparel provider of the NBA and strengthened its position in basketball apparel and footwear with this contract. During the last years the basketball apparel market saw positive performance in the European big five countries (France, Great Britain, Germany, Italy, Spain), having grown in the last decade by 60 per cent in value at £110 million in the 12 months to September 2016.
France, the largest market of the big five, represents nearly one third of the market overall while playing the largest role in driving growth (accounting for roughly two thirds of year over year value gains).

This changing process is most evident at the country level for Great Britain and Germany, where online share overtook in-store. By gender, female apparel for basketball gained share in the last decade to reach 35 per cent in the big five countries in the 12 months to September 2016.
This trend especially takes hold in Great Britain, where female users already represent 45 per cent of the market value.  Unlike the basketball apparel market, basketball footwear shows more mixed performance.  While the big five countries consistently grew during the last decade to £104 million in the 12 months to September 2016, Great Britain, Germany and Spain stumbled, especially in the last year.

France and Italy are driving growth of basketball footwear in Europe and together account for more than 55 per cent of the market in value and volume.
Despite of some challenges on the basketball apparel and footwear market the major brands are still interested in supporting this category and 2017 will be an important year for the basketball category.

The long-termed adidas contract with the NBA runs out and for the 2017 season Nike will become the new official provider for the following eight years.
This deal provides much potential to revolutionise the basketball apparel and footwear market and to take it to a new level in the US and also in Europe. 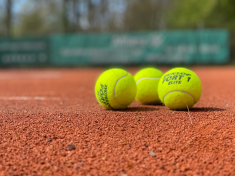