Internet sales give athletic footwear and clothing a huge boost 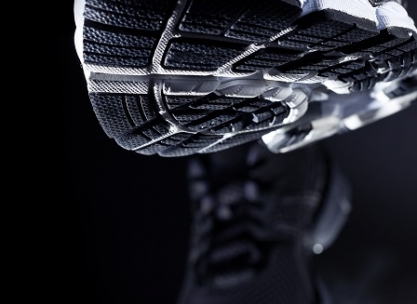 Online sales accounted for 24 per cent of sports apparel and footwear value in the 12 months to June 2016 across the Big 5, including Great Britain, France, Germany, Italy and Spain, growing from a 22 per cent value share the prior year. Looking at the countries where e-commerce is the most advanced, the weight of online sales in Great Britain comes to 34 per cent, only surpassed by Germany at 36 per cent.

In contrast, online sales account for 11 per cent of sports footwear and apparel sales in Italy and 12 per cent in Spain.

Though the bulk of sales still take place through traditional in-store channels, an analysis of the value change in the last year helps us appreciate the dynamism of e-commerce.

For instance, in Great Britain the athletic footwear market expanded by £82 million pounds, 90 per cent of which came from online sales – a highly disproportionate figure compared to the 35 per cent of footwear value that is derived from the online channel. In addition to enabling the sizing of the online channel, NPD’s consumer panel data allows for an analysis of the demographics spurring its growth. Deconstructing the value growth in Great Britain for athletic footwear and apparel, e-commerce expanded by £183 million pounds.

Of this, adult male wearers represented 41 per cent of growth, adult females accounted for 32 per cent and children generated 27 per cent of sales. In addition to driving growth, adult men also hold the greatest share of these three segments, accounting for more than half of the market at 52 per cent, though this has decreased from 54 per cent in the prior year.

Price
Whether in-store or online, price will always play a critical role in consumers’ purchasing decisions. Though consumers often turn to the online channel in search of bargains, the average spend online for athletic footwear and apparel is 20 per cent higher than what consumers pay in-store, averaging £21.34 in the former and £17.84 in the latter. Moreover, in both channels the average discount comes out to 25 per cent off the full price, though when considering the actual value discount consumers shave off -£6.17 online versus £4.97 in-store.

This suggests that when consumers do turn to the internet for deals, it is for higher end products compared to what they may purchase in-store.

Reasons to shop online versus in-store
Consumers have varied reasons to opt for particular retailers, with price naturally being one of the most salient motivators, though other factors come into play in swaying shoppers, such as the product range on offer, the atmosphere and staff competence to name a few. Comparing online to in-store, unsurprisingly, price again features as the most prominent motivator, though the weight of this is stronger for online sales than for in-store (31 per cent of value versus 24 per cent, respectively).

Aside from over indexing on the price motivator, the online channel is also disproportionately sought due to the ease of finding products and product exclusivities. Meanwhile, a stand-out purchase influencer for in-store is proximity/location 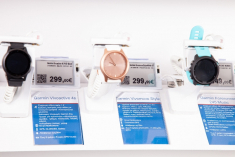